At the end of the SnoCross final, it wasn’t Tucker Hibbert who stood atop the podium, but underdog Petter Narsa of Sweden. Jockeying for position early on, Narsa had to contend with countryman Adam Renheim’s fierce riding before eventually securing a lead he would never relinquish. In the end, Narsa took gold, Renhiem grabbed his second straight Silver, and Lincoln Lemieux snagged Bronze. Notably absent from the podium was Hibbert, who finished fourth. Hibbert had previously landed nine straight gold medals in SnoCross at the X Games.

X Games Aspen continues today with the all new Snow BikeCross final along with the Women’s Ski SuperPipe final and the the Lifeproof Men’s Ski SuperPipe final followed by a sold-out musical performance by Bassnectar on the GEICO Music Stage. Competition then wraps up with a prime-time showdown as the world’s best riders square off for the America’s Navy Men’s Snowboard Big Air final. 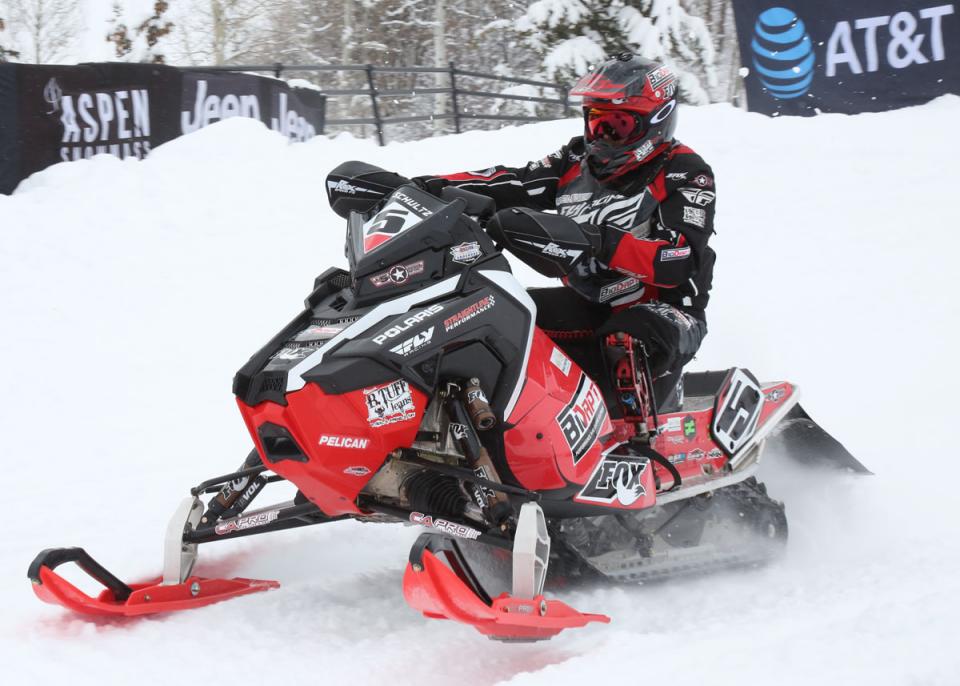 Following the high-octane SnoCross action on Day 1, Friday’s Day 2 schedule was devoid of any snowmobile events. However, a new snow vehicle event – Snow BikeCross – did make its debut, bringing the excitement of SuperCross racing to the SnoCross course. Of the event’s 15 racers, 11 competed on Timbersled snow bike conversion systems, including gold medalist Brock Hoyer and silver medalist Colton Haaker. Hoyer, a pioneer in the sport of snow biking, fell early in the race but recovered and regained the lead, beating EnduroCross racer Haaker by more than 11 seconds. Taking third was fellow Canadian Cody Matechuk.

On Day 3, a crowd of 45,000 showed up to take in the competition. Saturday’s schedule included the Snowmobile Freestyle Final, where it came down to the final competitor on his final run. Defending champion Joe Parsons ripped through the track, pulling backflip after backflip to the delight of the crowd. However, it was his new move that secured his victory. In the “Jolt,” as Parsons called it, he basically danced a compete 360 around his sled in mid-air. Colten Moore finished the event in second place, and Levi LaVallee held on for third. 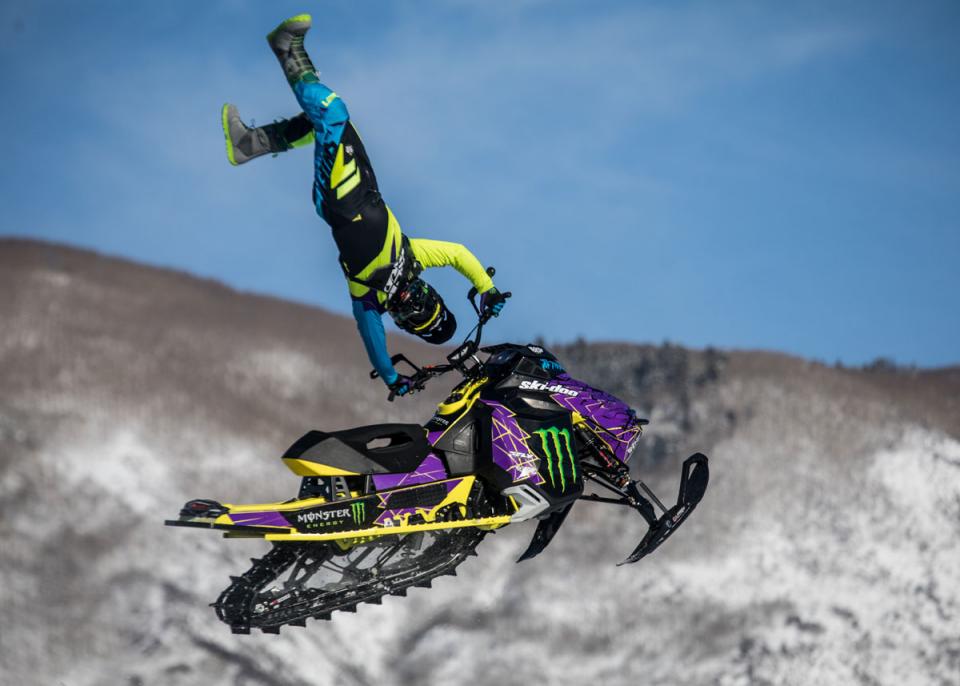 Sunday was the final day of X Games Aspen 2017, and nearly everyone in attendance gathered to witness the final event of the weekend: Snowmobile Best Trick. The atmosphere was tense as Heath Frisby and Colten Moore each attempted a double backflip, a move never before landed in competition. Launching from the specifically designed ramp – built with a 67-degree incline to support maximum backward rotation – Frisby fully committed to the double spin. But as his 450 lb. snowmobile under-rotated, Frisby touched down before completing the second spin and was thrown off upon impact. Fortunately, the 32-year-old walked away from the crash unscathed. On his attempt Moore seemed to over-rotate his sled before coming down hard and losing control of his sled. Moore had to have medical attention for a reported back injury sustained on the landing, and he was unable to return for a second run.

In the end, it was Swedish rider Daniel Bodin who took the gold medal in the Big Trick event, landing an over-extended Indian air seat grab backflip on his final run for a score of 85.33. Brett Turcotte finished second place with fully extended Coyote Indy – a backflip performed hanging from the handlebar, twisting his body sideways while kicking his feet. Parsons earned his second medal of the weekend with a third-place finish. The bronze was Parsons 17th career X Games medal, making him the most decorated snowmobiler in X Games history.

“This gold is for Colten and Frisby,” said a humble Bodin. “It’s around my neck but it belongs to you guys.”

Athletes from 14 counties earned medals this year tying a X Games winter event record of most countries on the podium. USA led the pack with a total of 20 medals. This year once again saw progression at the forefront of competition, sold-out musical performances and a wide range of interactive experiences for the thousands of spectators, solidifying the X Games as not only a competition but a celebration. 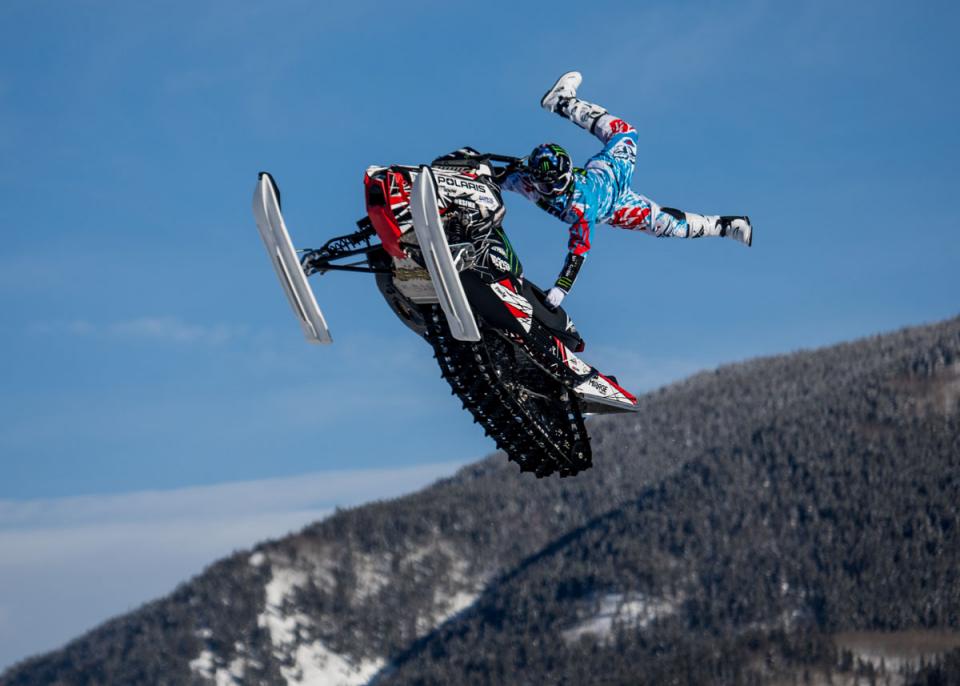 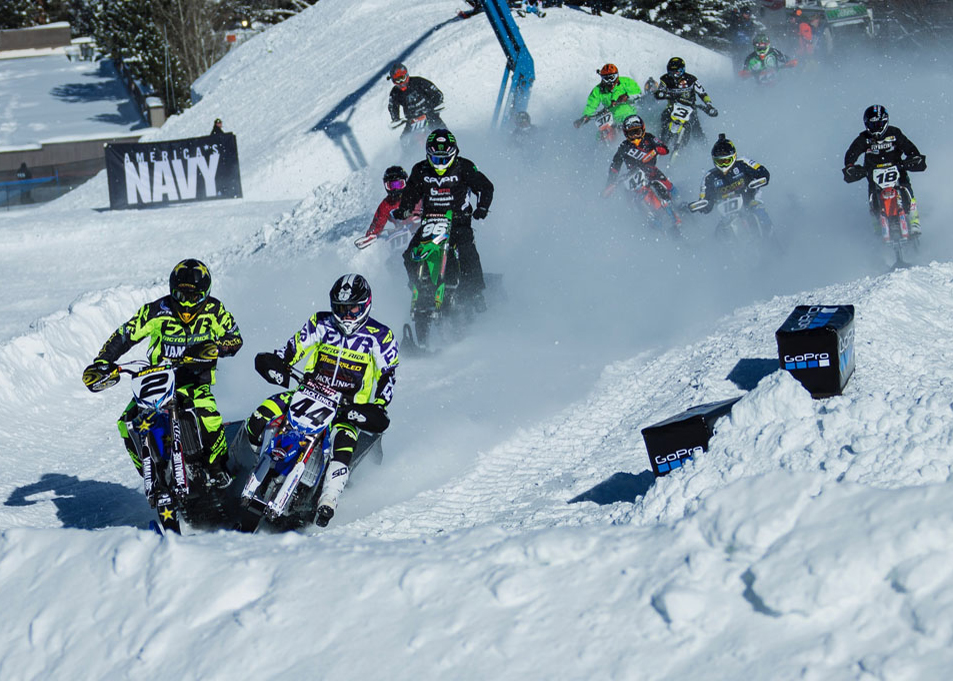 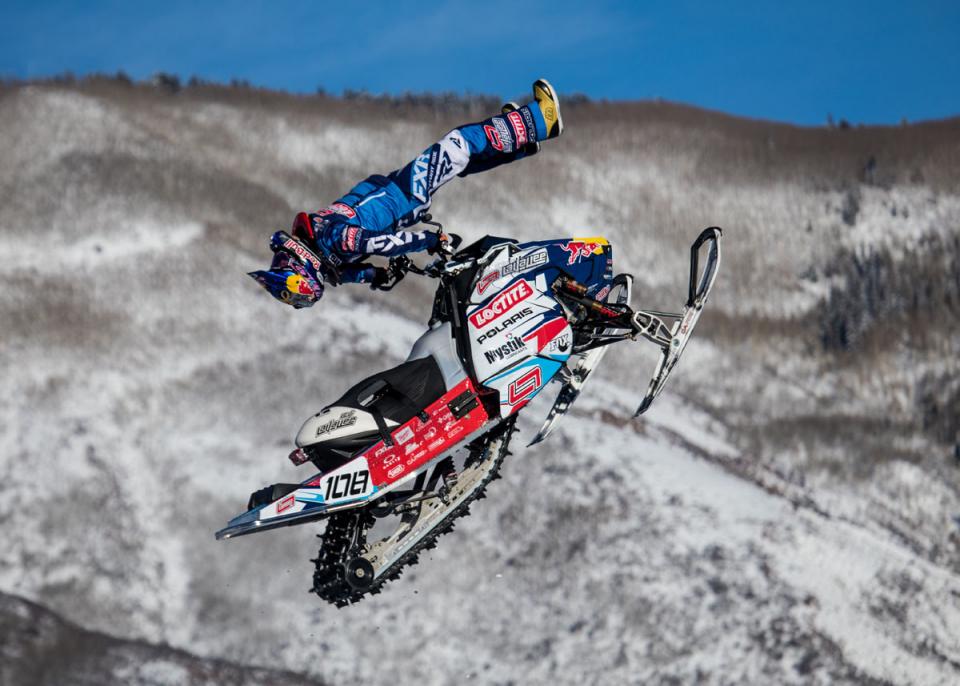 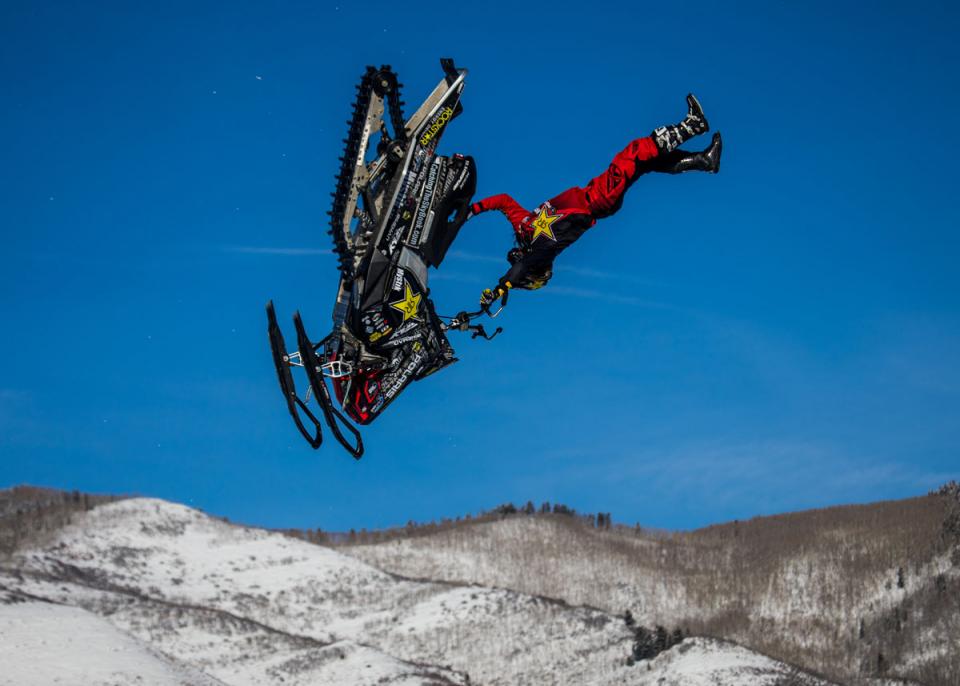