Catching up with Colten Moore

Catching up with Colten Moore

It’s been a couple of years since we talked with freestyle extraordinaire Colten Moore. From touring with Nitro Circus, to racing Pro Lite trucks and Polaris RZR’s, to working on an autobiographical book, he’s been quite busy.

When he’s not on tour, you can find Colten at his parents’ place in Texas, practicing jumps and freestyle tricks in the big foam pit they installed years ago so their two sons could safely pursue their adrenaline-filled passion. Right now, he’s preparing for the snowmobile freestyle event in the upcoming Winter X Games in Aspen, Colo. (Jan. 28-31), where Colten will be trying to win his seventh medal. There’s no snow to be found in Texas, but that doesn’t slow Colten down.

“On the snowmobile, we just put wheels on the skis and put a radiator on it,” said Colten. “We put carpet down so that I can ride on it and I just basically jump the sled into the foam pit over and over and over. I try to learn new tricks and bigger tricks and get it all dialed in. Basically, every day that the weather allows me, I’m in the foam pit.”

In a couple of days, Colten will head north to Colorado, where he’ll spend a little over a week riding on snow and perfecting his landings before the X Games begin. He’s training hard because he knows the competition will be fierce. Daniel Bodin is returning to the X Games after a one-year hiatus, and Colten expects Levi LaVallee, Heath Frisby and Joe Parsons to put the heat on as well.

“I’m thinking everyone’s gonna be coming swinging,” said Colten. “Brett Turcotte is actually kind of a guy I’m wondering about, because he really knows how to ride a sled. I don’t know for sure, but I’m pretty sure he’s been training his butt off, so I’ll be interested to see what he brings to the table.”

Colten is even more excited about his book called “Catching the Sky” (Simon & Schuster, $26) which is scheduled to be released on Jan. 19. The book, which was co-authored by award-winning journalist Keith O’Brien, reveals what it was like for Colten to grow up with his brother Caleb and get fully immersed in a high-octane lifestyle. It also brings to light the gripping details of Caleb’s death after he crashed during the 2013 X Games.

“It was a big opportunity for me to go get the story out even more and tell more detail,” said Colten. “Keith actually came here and spent a lot of time with not only me, but my parents, my friends, my grandparents, my cousins – basically everyone who was connected to me. He sat down and interviewed for hours and he spent weeks with me and my parents, just going over everything detail by detail. It was definitely really difficult for me to go back and talk about everything. Dealing with Keith, we’d spend hours together, and it’d get to the point where I’d break down and start crying in front of him. And I don’t cry in front of anyone!”

On those days, Colten would ask Keith to take a break and pick up the interview again the next day. Still, says Colten, the pain was worth the opportunity to tell his whole story. 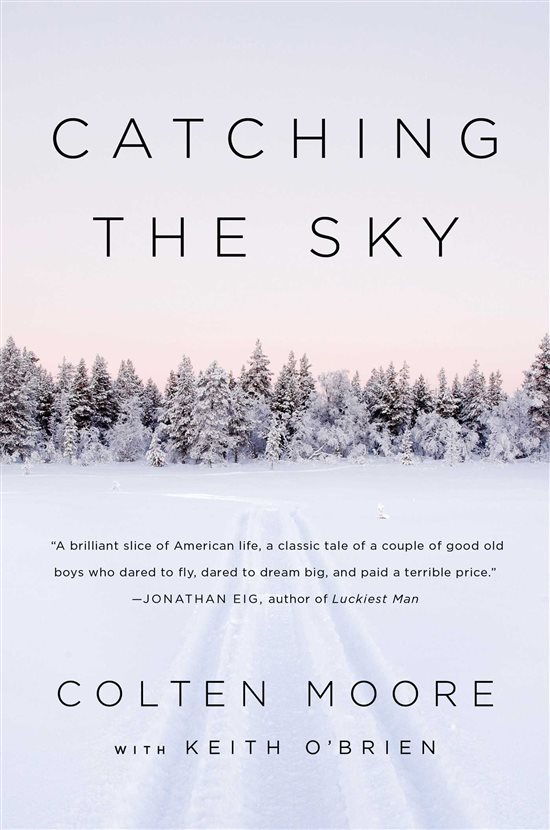 “[The book] kind of answers the questions a lot of people have had,” said Colten. “It’s better to tell what actually happened, because if you don’t, then you have people out their making their own opinions or guessing their own story of what happened. This way, the truth can be told and stuff doesn’t get out of whack with people and their opinions and gossip and whatever.”

On January 24, 2013, Caleb under-rotated his snowmobile while flipping during the freestyle competition at the X Games.  He was thrown off the machine, which then hit him directly in the chest, causing bleeding around his heart.

At the hospital in Aspen, there was no cardiothoracic surgeon on hand, so the decision was made to transfer him to a hospital in Grand Junction. Nearly six hours passed before Caleb was airlifted to Grand Junction — due to bad weather, bad luck, and other factors.

Just after touching down at the airport in Grand Junction, Caleb’s heart stopped beating. Caleb was in respiratory arrest for about 20 minutes, which caused irreversible brain damage. One week after the accident, the Moore family made the agonizing decision to take Caleb off of life support and donate his organs, per his wishes.

Since Caleb’s death, Colten admits that he’s had to become more responsible.

“Growing up, he led me and taught me everything I know,” said Colten. “I’ve had to go through a lot and basically grow up some, and start leading myself and teaching myself new things. He was always the responsible one, so now I’m learning how to do that.”

Colten also feels a strong connection with his brother whenever he rides, and it’s one of the reasons that he continues to do what he does.

“Every time I go out and ride, I pray to my brother, I pray to God, and I talk to them,” said Colten. “After his accident, I wrecked too, so I wasn’t able to ride for a while, and I was kind of bummed out. Everyone probably had the question in the back of their head, ‘Is he going to ride again or not?’ But honestly, the first time I hopped back on a quad and got to ride, it was the happiest I’d felt in a while, and it felt like he was right there with me, riding with me. I just feel close, like I have the best guardian angel there could possibly be now, right there, watching out for me and helping me.”

“The first year back and afterwards, I actually felt more calm than ever. I felt like he was there with me. I actually went out there and just kind of shut everything else out, like we were out there just riding together. I joke around with people and say you just two riders and put them into one. Even since then, I maybe feel even more fearless. My brother was always someone who could go out there and just do something right off the bat and not have to worry about it, whereas I would have to work my way into it slowly. I feel really confident now, and I think that’s because my brother’s there watching out for me.”

Colten plans to continue to have a lot of irons in the fire in 2016. He’ll be touring with Nitro Circus again, riding a snowmobile and a quad, and he hopes to have a chance to compete in the new Nitro World Games this summer. He also plans to race a Polaris RZR for the Bikeman Performance/rOtation Motorsports team in the Grand National Cross Country (GNCC) series.

The more competition the better, because as Colten says, “Anything that I can get my adrenaline going on, that’s what I love.”