Hibbert takes ACS Round One

Hibbert takes ACS Round One

Tucker Hibbert has been raving about the new ZR 6000R SX since first testing the proto build last spring. On Saturday night the new ride helped T-Train deliver a knockout counter-punch to Kody Kamm’s Dominator win on Friday, as he quickly moved to the front of the Pro final and went on to a four and a half second win. Kamm gave pursuit early and stayed close for the first half of the race before admitting to not having Hibbert’s pace and settling for the runner-up spot.

Lincoln Lemieux was running down the front pair late in the going and moved from fifth to third at the finish with Kamm in his sights.

Hibbert’s victory was one of many for the new Cat with Travis Kern claiming the top spot on the Pro Lite podium after struggling with the  machine, and his health, for the better part of 2016-17. Kern capitalized on a first turn mistake by defending class champ Aki Pihlaja and never surrendered the lead.

Pihlaja would charge back from deep in the field to finish third behind Marcus Ogemar, who turned in a strong performance of his own.

Trent Wittwer made it a Cat sweep of the premier national classes as he stood on the top of the box in the Sport class. Wittwer was the top qualifier on Friday but had to fight heavy traffic after having trouble early in race.

On Saturday he put his new Stud Boy Traction, Fly Racing sled out front at the start, pacing Mitchell Thelen to the finish. 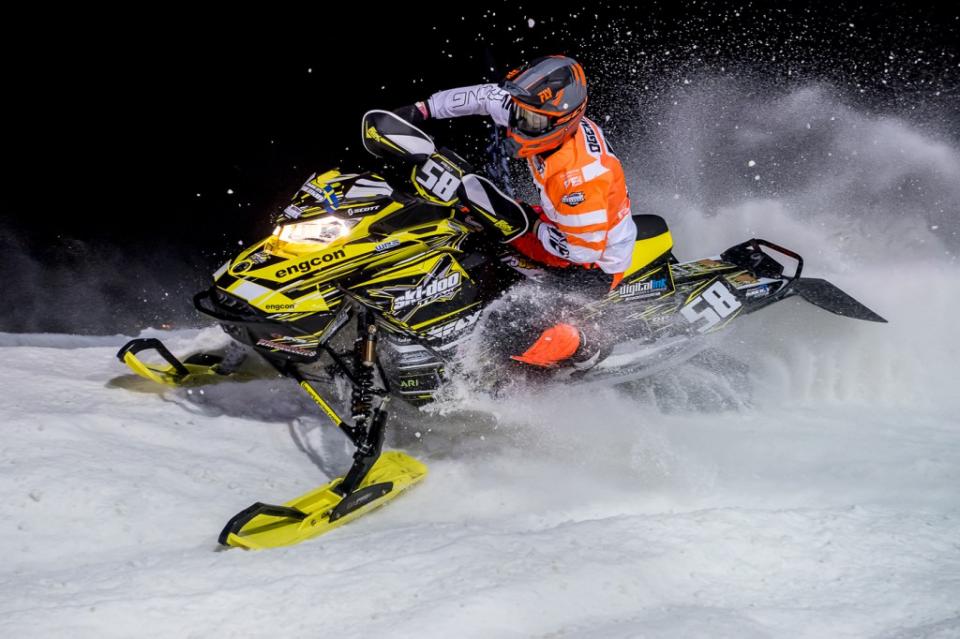