With higher than average temperatures in December, the USXC crew made the decision to move the Gerald Dyrdahl 200 from the middle of December to the first weekend of January. In that time, the Gonvick area received abundant amounts of snow. Chad Dyrdahl and his crew worked endless hours to make sure that the course was safe and enjoyable for racers.

Saturday started with below zero temperatures and snow dust working against the racer’s advantage. After a break to let the dust settle, the track was in prime condition. The day consisted of amateur class heats, youth qualifiers and finals, as well as the Pro Open final.

In the eight lap final, it was Ryan Faust who got the early lead, but it was not long until Zach Herfindahl (312) and Wes Selby (15) caught him. The duo, who competed as a team and won the Enduro class last year, were neck and neck for the first two laps. During that time, Herfindahl’s sled began acting up and Selby passed him. Despite having a broken wrist, Selby finished first overall, followed by Herfindahl, and Aaron Christensen (10). 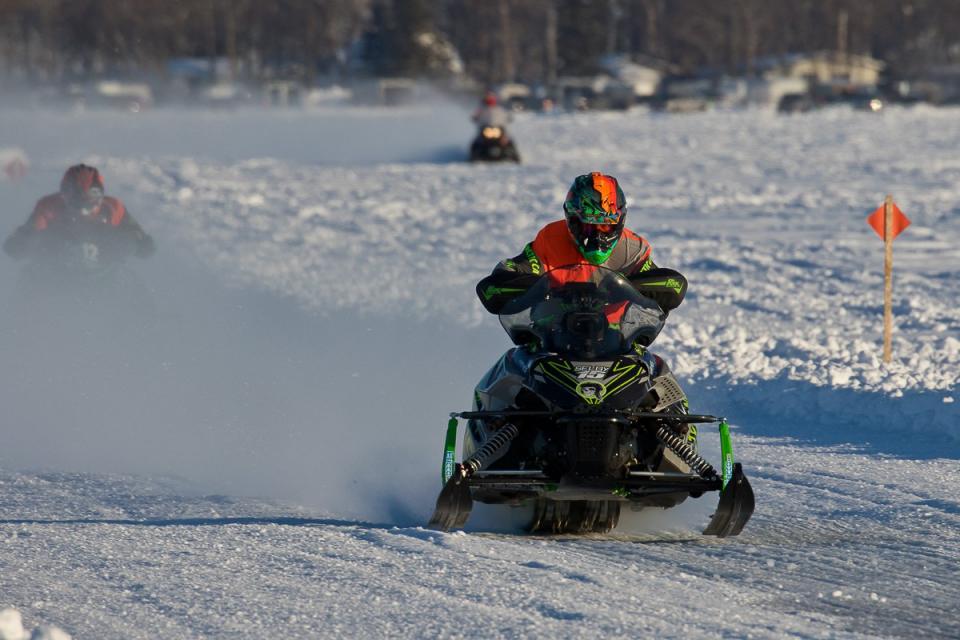 Sunday consisted of the amateur class finals. One of the most impressive rides of the day went to the 4J of Jill Tangen. She finished fourth in the Sport 600 class and also came home with the win in the Women’s Pro class. Jill also clocked one of the fastest times on the track at 108 MPH. After winning the Women’s pro championship two years in a row, Jill is certainly looking to make this season a threepeat. 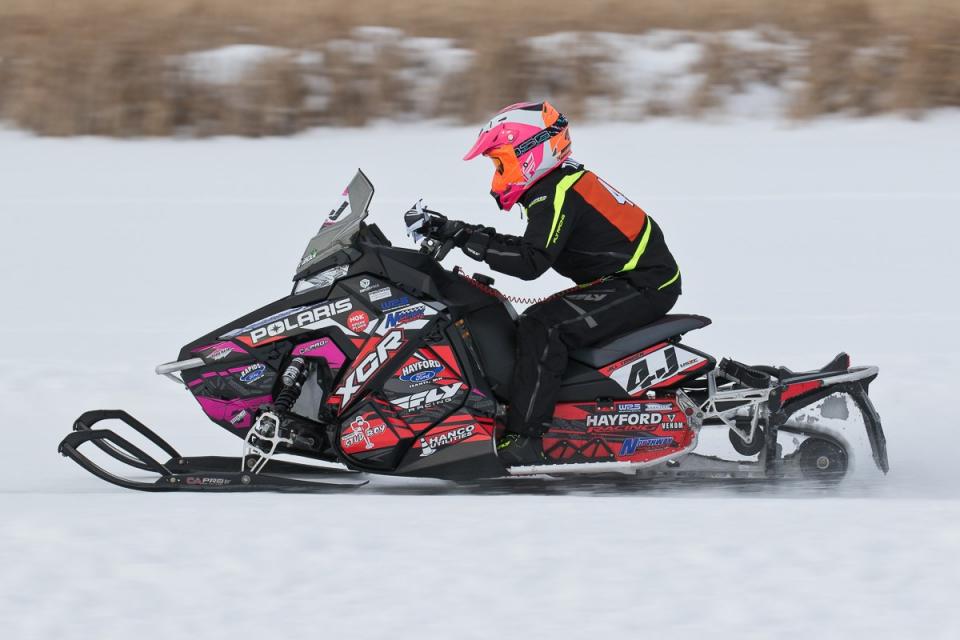 In perhaps one of the most exciting races of the day, last year’s Semi Pro Improved champion, Ryan Trout, proved that he will be the man to beat this season. The Christian Brothers backed racer started in the first row of the heads-up style final. After a great start, Trout pulled away and never looked back. Behind him, 22 other racers followed. During the first two laps, it was a tight battle between Gunner Arlaud (56), Timmy Kallock (48K), Tyler Oettinger (227), and Dylan Stevens (525). The four sleds swapped positions until the third lap when Stevens and Kallock moved away from the pack. In the end, Kallock edged Stevens by less than a second. Trout would end up taking home the first win of the season, followed by Kallock, Stevens, Arlaud, and Oettinger. 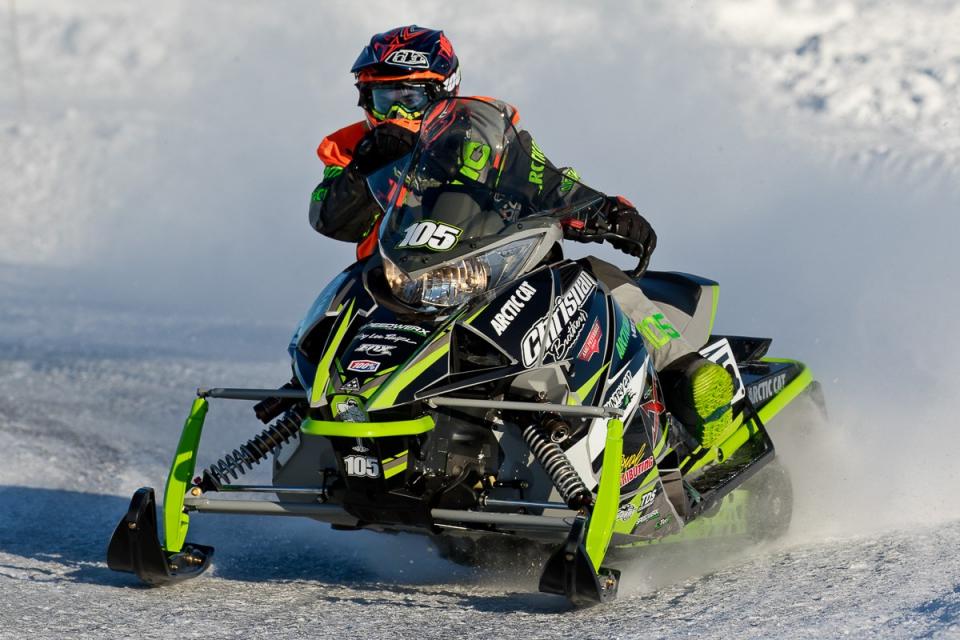 The Pro stock class was the final race of the day. With last year’s winner Corey Davidson unable to race the event due to an injury he sustained last week, everyone knew that there would be a new winner. As the green flag flew, it was Herfindahl in the lead, followed by Polaris racers Ryan Faust and Bobby Menne. They maintained their positions, but as time went on the gap between the riders grew. After Menne gassed at the beginning of the fourth lap, it allowed Ross Erdman (311) and Gabe Bunke (74) to move up into the third and fourth positions. At the checkered flag, Herfindahl finished first with a total time of One hour, 23 minutes, and 40 seconds. The next sled to finish was Ryan Faust with a total time of One hour, 23 minutes, and 59 seconds. Third place went to Gabe Bunke, who finished just seven seconds behind Faust. Bunke, who also won the Masters 40 class, proved that he can still run with the young guns. Fourth place went to Erdman, and Menne took home fifth. 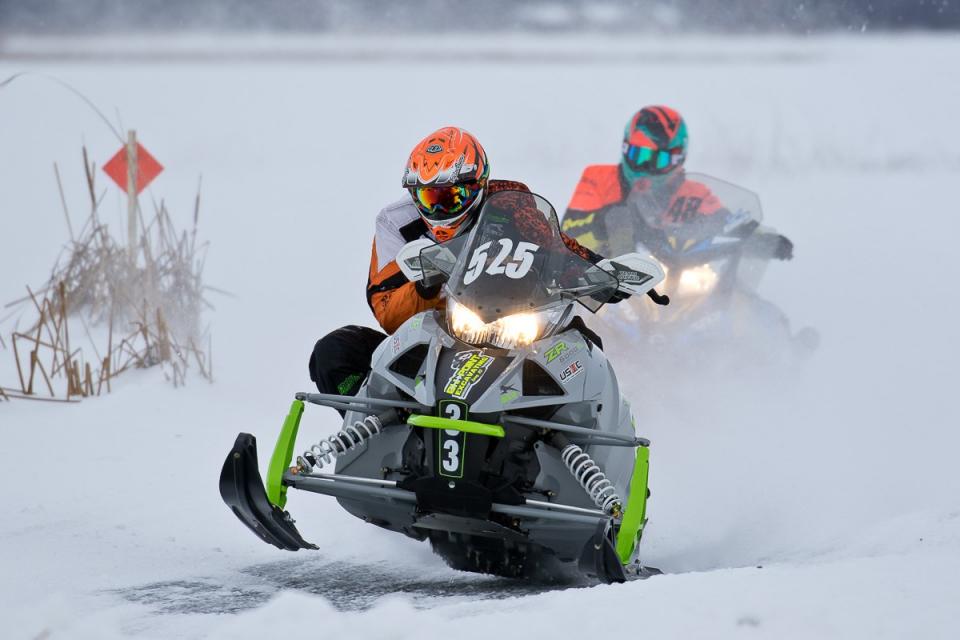 This weekend news spread quickly that Christian Brothers Racing driver Hunter Houle passed away while testing for the event. While there was talk of perhaps canceling the event, everyone knew that Hunter would want the race to go on. While some wore stickers honoring Hunter, others dedicated their races to him. If one thing is for sure, it is that Hunter was a great competitor and friend to many. Godspeed #202 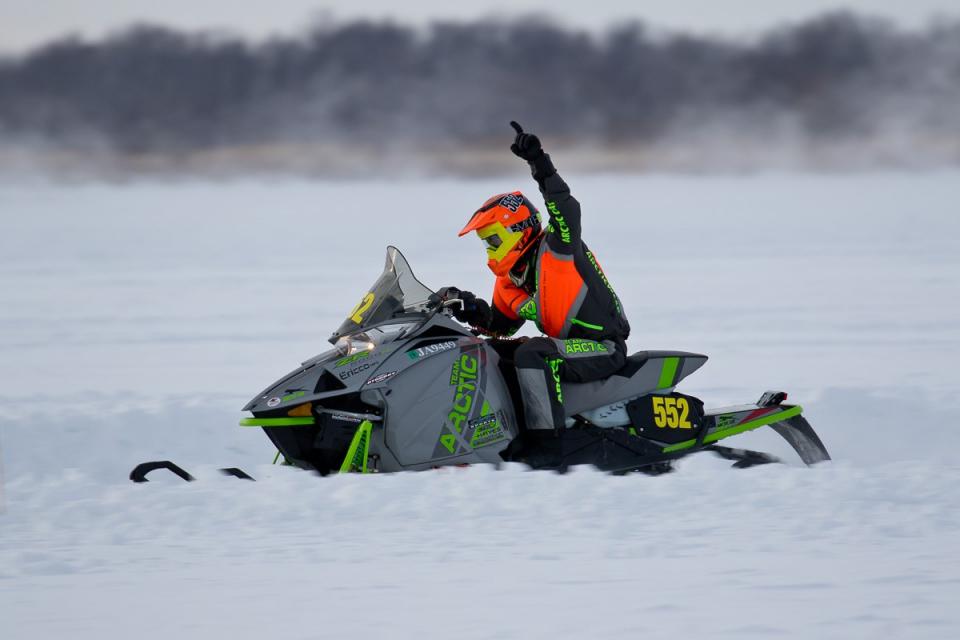 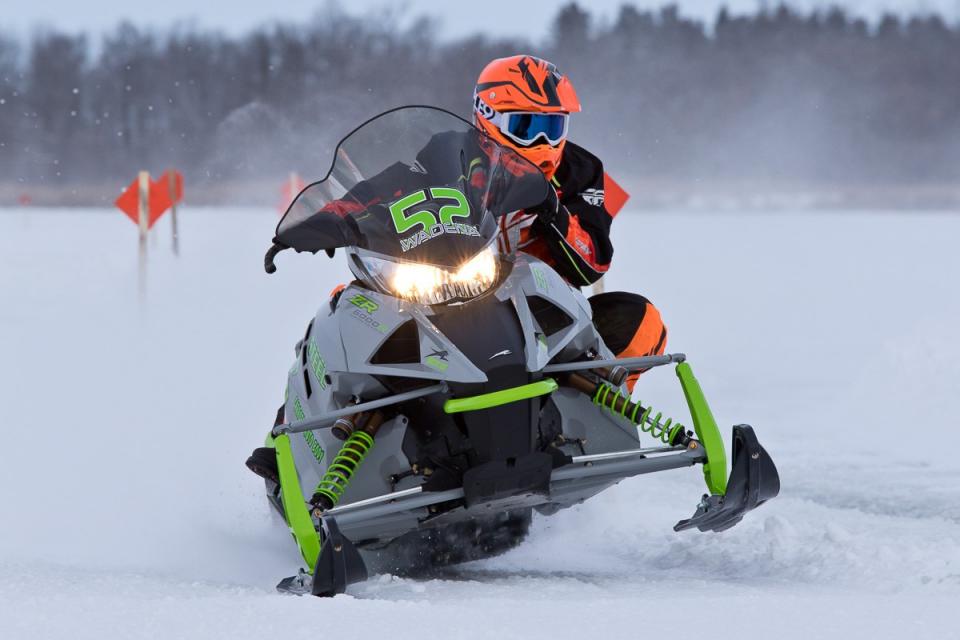 With Yamaha ending its racing program during the off season, riders from team blue were faced with difficult decisions. Mitch Sebastian (#650) remains on a Yamaha as a privateer… 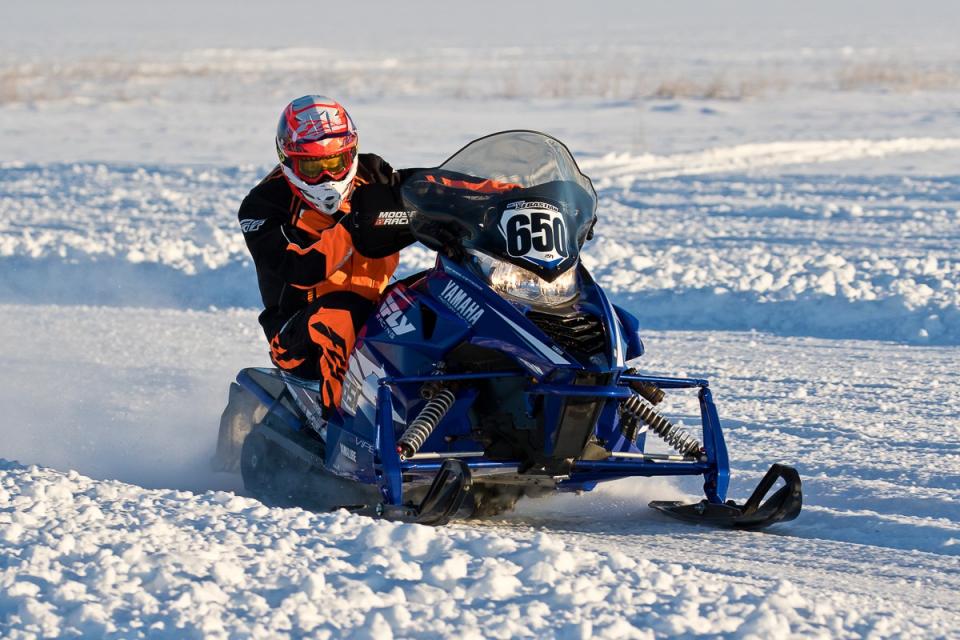