This past weekend marked the 40th Annual World Championships held at Memory Lake in Grantsburg, Wisconsin. The sport has come a long way in the last 40 years, along with the continued support of the Grantsburg community. What started as a simple competition to see who could make it from Memory Lake Island to shore has evolved into a full-fledged sport that has made worldwide competitors and established an even greater fan base. The fan base was very evident at the 40th anniversary when mid Saturday morning rolled around and the shore was already packed with fans eager to get their summer fix of snowmobile racing. As usual, the racing was nothing short of spectacular with drivers coming from as far as Norway to vie for the title of World Champion.

Besides the great racing, the weekend also consisted of street dances, carnival rides, a few non sled related competitions, a handful of annual vendors and the annual Saturday Night Fireworks that has been known to be the best firework show the Midwest has to offer. The IWA and the town of  Grantsburg have made this event into more than just a weekend. It has become more of a tradition of passage for riders and families alike that we hope continues for at least another 40 years.

With the fourth race of the season only two weeks away in River Valley, Iowa on July 29-30th, here’s the rundown on how the 4oth World Championships played out.

Rachel Obrien is your Womens Oval World Champion. Rachel has 11 years of racing and couldn’t be happier with how the weekend went.

Brian Kormanik not only has his first Semi Pro win, it was a World Championship as well.

Chad Maki took home the Pro-Stock win and added yet another Championship to his record.

The Fireworks show is anything short of spectacular and continues to be year after year.

Aaron Godeen was all smiles after finding the perfect mix to take the title of Semi-Pro Open World Champion.

Shawn Zurn is your top driver in Semi-Pro Open. Zurn looked fast all weekend and is having a great year. Zurn announced Sunday that this will be his last season on the water but has plans to still be involved while helping his wife and teammates race next year. 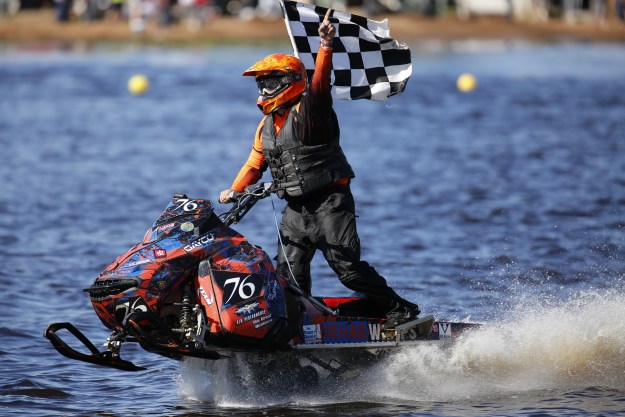